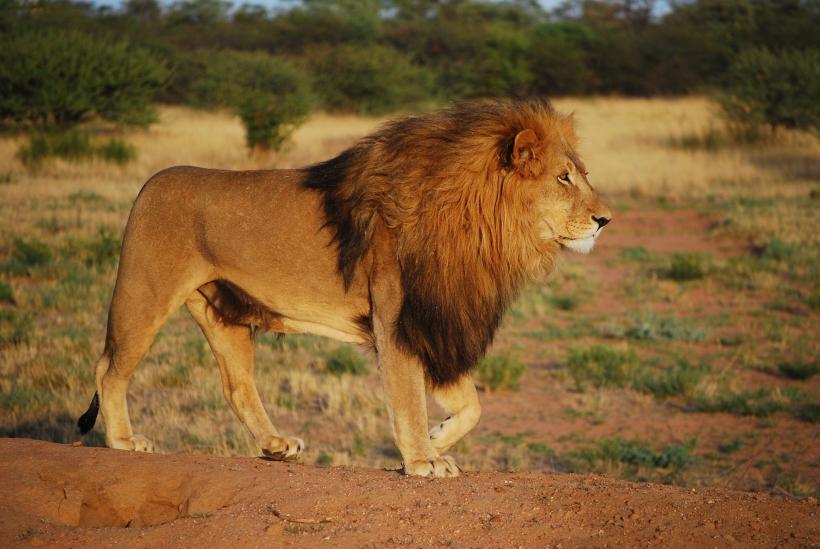 What do conservationists think about hunting animals for sport?

Sounds like a simple question with a fairly obvious answer.

But, if an open letter from a group of 133 scientists is anything to go by, the argument may be more nuanced than many of us may have thought.

They claim there is "compelling evidence" that a ban on so-called trophy hunting will not help protect animals - and in fact will "negatively affect" conservation.

They wrote the letter as the UK Government considers whether there should be new rules on importing hunting trophies.

One of the signatories, Dr Amy Dickman, talked it through with Radio 1 Newsbeat.

She's very clear that she's not a supporter of hunting - but she and her colleagues are worried that if it's banned completely, huge areas of land will be converted to other uses and cease to be a habitat for these species.

"Rather than have a knee-jerk emotional response, conservation action should be based on evidence," she told us.

The scientists say the focus on banning trophy hunting - where animals are hunted and their remains kept as trophies - is distracting attention from the other threats faced by endangered species.

Imposing a complete ban is likely to likely cause "more animals to die", according to Dr Dickman, a conservationist at the University of Oxford.

"You might not see it on social media, but animals will be dying - ensnared, poisoned or in conflict with local people."

She says her aim is to "minimise" overall deaths and that can't be done "by fixating on one type of wildlife killing".

According to the scientists, ending trophy hunting means land will be converted to other uses, and will no longer be home to many animals.

"I don't like trophy hunting, but what's the alternative land use for this area and is it going to be better or worse for wildlife?"

Opponents of hunting suggest photo-tourism as a substitute - but Dr Dickman says many places do not have the infrastructure to turn land into attractive animal viewing areas.

"So if maintenance isn't viable, you'll end up with more snaring, hunting, killing, conflicts... and those will be more damaging to the population.

"That's the scientific basis and why trophy hunting can be a benefit - because it act as a buffer against these much larger threats."

The scientists say they are in favour of well-regulated trophy hunting - and guidance by the IUCN (International Union for Conservation of Nature) should be followed.

Dr Dickman says it's not about relaxing all restrictions "and having a free for all".

She says only trophies which meet certain criteria should be allowed to be imported and adds that "an age and area based approach" should be taken to trophy hunting restrictions - which is better for conservation.

"With lions for example, you don't want want more than one lion killed every 2,000 square kilometres.

"And the science shows if you only take male lions above the age of six, it's unlikely to have a detrimental impact because they should have reproduced and pass on their genes by then."

She adds that this has been successful in places such as Mozambique because trophy hunters change their behaviour and only take older males, meaning it has less impact on the wider population.

There's been criticism of the scientists for this letter.

"Many of the world's wild animals are in danger of extinction. Trophy hunting is a leisure activity for the very rich. It is needlessly adding to the problems they already face.

"It's a barbaric hang-over from the colonial era and has no place in a civilised society. It needs to be abolished."

But Dr Dickman says it's important to "develop fully funded alternative solutions that deliver equal or greater benefits for people in wildlife".

"If we leap to the end, and just put bans without proper steps, the huge likelihood is that we will make things worse for conservation, and for local people - and none of us want that."