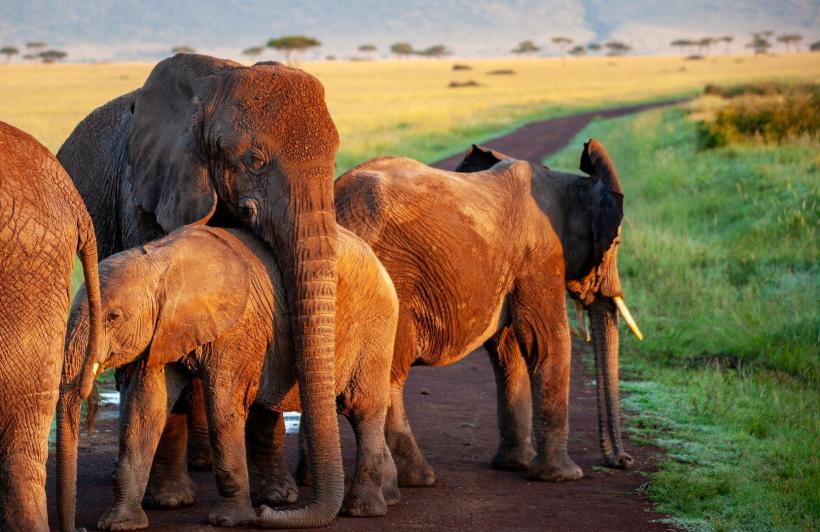 Article in The Zimbabwe Independent of June 18, 2021
by Emmanuel Koro
Koro is a Johannesburg-based international award-winning independent environmental journalist who writes and has written extensively on environment and development issues in Africa

Zambia’s quiet diplomacy in its efforts to convince the Western countries and animal rights groups to stop their trophy hunting imports ban dictatorship over Africa seems to have ended. It broke the silence in May 2021.

Last month, the director of the Department of National Parks and Wildlife under the Ministry of Tourism and Arts rejected the ongoing Western anti-trophy hunting imports dictatorship in his country Zambia and the African continent. Western countries are the most lucrative hunting markets for Africa’s wildlife producer nations, including Zambia.

In order to stop Western countries from going ahead with the trophy hunting imports bans, Zambia’s director of the Department of National Parks and Wildlife under the Ministry of Tourism and Arts, Chuma Simukonda chose to show how harmful even the small but rich United States’ state of Connecticut’s trophy hunting imports ban Bill would be to his country’s wildlife and habitat conservation.

“Over the last generations we witnessed high levels of poaching that gave way to a remarkable recovery in our elephant populations and other wildlife,” Simukonda, in a statement in which he directly appealed to American lawmakers in the state of Connecticut not to introduce the trophy hunting import ban Bill SB20, also known as the Cecil Law, said.

“In fact, the benefits of regulated hunting are crucial to maintaining rural community support for growing populations of the dangerous game like elephants, lions, and leopards.”

Sadly, the Connecticut lawmakers ignored the appeal from the man who is in charge of wildlife management in Zambia. They introduced the trophy hunting imports ban Bill in May 2021.

In his rejection of the ongoing Western anti-trophy hunting imports dictatorship over his country Zambia and the African continent; Chuma Simukonda has the support of his country’s rural communities co-existing with wildlife that seek to continue benefiting from it through hunting. Without such benefits, they see no need to conserve wildlife and its habitat.

Therefore, contrary to the Connecticut lawmakers’ Friends of Animals influenced and misleading view that banning trophy hunting imports would save the African elephant, leopard, lion, black and white rhino, and giraffe — the Bill is actually going to harm the species. Without trophy hunting imports benefits, communities protest by stopping wildlife and habitat conservation.

Fortunately, organisations such as the US-based Safari Club International made great efforts to stop the Connecticut trophy hunting imports ban Bill. Like Zambia, they argued that contrary to the claims that the Bill would save African wildlife, it was actually going to destroy it.

The American hunters  succeeded in having the Bill amended to allow the importation of hunting trophies “authorised by federal law or permit, and for licensed taxidermists working on the species within the state”.

However, international observers warn that future challenges to completely ban trophy hunting imports into Western countries, including the US and the state of Connecticut cannot be ruled out.

Therefore, Simukonda’s question on why Western countries lawmakers continue to pursue such trophy hunting imports ban, without consulting African countries continues to shine the spotlight on the unwelcome Western dictatorship of wildlife management in Africa.

“It is unfortunate that such efforts promoted in the name of African species lack any input from Africans and are grounded on a protectionist mentality contrary to the sustainable-use model that has proven so successful in Zambia and much of southern Africa,” Simukonda said.

“Zambia’s wildlife is already stable without such ill-informed legislation. Our wildlife management system is based on science, adaptation, and community empowerment. But state bills like SB 925 are based on a false narrative. They ignore science and disrespect our national sovereignty as well as the rights of our rural people to develop sustainably.”

The British Government also announced in May 2021 its intention to introduce a trophy hunting import Ban Bill, further increasing the anti-hunting dictatorship on African countries, particularly the wildlife-rich southern African countries that boast of having the world’s biggest elephant and rhino populations. This trend is being viewed not only as harmful to African wildlife, but also a violation of African countries’ sovereignty and human rights.

Little did African countries, including Zambia know that the political independence that they won from their Western colonial masters in the 1960s onwards would remain empty years later, as long as the West continues to restrict them from enjoying significant and sustainable benefits from international wild trade, including trophy hunting exports. This neocolonialism and eco-colonialism is being resisted in wildlife-rich southern Africa and in East Africa by Tanzania, Uganda and Ethiopia. Sadly, most North, West and East African countries have ‘literally been bought’ to accept Western anti-international hunting dictatorship.

“Since the 1960s (since Kenya became independent in fact) more and more international animal rights NGOs have opened offices in Nairobi,” Thomson said.

“And they now totally bankroll the Kenyan Wildlife Service. They have stated that they will continue to do so, as long as the Kenyan Government does not try to reintroduce hunting and/or the  sustainable use of wildlife. So they have the Kenyan Government over a barrel — and that has been the case for the last 60 years. Kenya is in a bind and, even if they wanted to, they cannot get out from under the animal rights influence.”

Therefore, the man in-charge of Zambia’s wildlife management, Simukonda  has warned the Western nations and animal rights groups to stop their wildlife conservation and rural communities harming anti-hunting dictatorship over his country and other southern African countries.

In order to convince the Western world to discontinue their anti-trophy hunting imports ban agenda, Simukonda explained that wildlife was continuing to bring wildlife and habitat conservation benefits to Africa, as well as socio-economic benefits to communities co-existing with wildlife.

One of Zambia’s most stunning mindset-changing hunting benefits this century was experienced in the South Luangwa community that opted to accept a previously taboo culture of family planning, so that they could prevent human overpopulation that would result in them taking up wilderness land set aside for wildlife hunting and conservation.

The hunting benefits have also enhanced the anti-poaching culture in Zambian rural communities of Kazungula District right in the heart of the world’s richest wildlife-rich area, the Kavango-Zambezi (Kaza) Transfrontier Conservation Area (TFCA).

In an interview this month, Roy Seemani, Acting Ranger of Zambia Department of National Parks and Wildlife, in charge of Mulombedzi  and Sichifulo Game Management Area (GMA), said that the local communities continued to show a progressive shift towards wildlife and habitat conservation, incentivised by hunting benefits.

“Local communities’ perceptions towards wildlife are much better compared to the previous years when they used to poach wildlife because it didn’t bring benefits to them,” said Mr Seemani. “We expect to earn more hunting revenue this year unlike last year when hunting revenue was very low due to COVID-19 international travel bans and we didn’t have international clients. We are fully booked for hunting in 2021 in the Mulombedzi  and Sichifulo GMA.”

Seemani said that the hunting companies “help create employment” in the hunting communities. They sign contracts that make it mandatory for them to ensure they employ 30% of people from local communities, pay for wild resources monitoring, in order to evaluate the use and conservation of resources, including fire management. The companies also pay for anti-poaching operations.

“Some of the hunting revenue is also used to support community livelihoods, including the construction of community clinics and schools” he said. “During the 2018-2019 severe drought a local hunting company drilled boreholes in the wilderness of  our hunting community and saved a lot of wildlife that could have died of lack of water.”